WE DEMAND THE IMMEDIATE HALT OF THE PRIVATISATION PROCESS OF THE FORMER ATHENS AIRPORT AND THE SARONIKOS SEAFRONT!

On Feb 27, 2014 the submission of offers to the Hellenic Republic Asset Development Fund (TAIPED) for the ‘valorisation’ of the former Elliniko airport and the seafront of Agios Kosmas was completed. This is of public land of 6.204 acres, the very last remaining large, free and unbuilt space in the entire Athens—and now it is planned to be privatised for 99 years in order to be exploited.

From the official announcement it appears that after all potential investors dropped out of the competition, the only ‘competing’ company remaining is Lamda Development, which is owned by the Latsis conglomerate.

According to Law 4062/2012, the so-called ‘investor’ is allowed to build constructions of 1.7 million sq. meters, even by the sea and by the archaeological site of Agios Kosmas, which is partly underwater.

According to the information that was ‘leaked’ to mass media, Lamda Development intends to construct, in Elliniko airport and Agios Kosmas beach, shopping malls, a casino, hotels, luxurious accommodations and a ‘park’ which will not be public but an attachment to the entire investment.

In order to achieve social consensus for the promoted ‘development’ model, which ignores the destruction of the natural and cultural environment, Lamda Development promises ‘the immediate creation of tens of thousands of work positions’ mocking the hundreds of thousands of unemployed people in our country. Obviously the aim should be not some temporary or less temporary work placements but work positions that respect the workers with decent salaries.

Moreover, according to the ‘leaked’ information, the price for this public land is not going to be higher than 0,5 billion euro and it is going to be paid in many installments over 15 years in total. It is clear that we are dealing with a sell-off, fundamentally all this land is handed over to Lamda for free. Especially given that the Greek state is obliged to cover the construction cost of necessary infrastructures for the new ‘investment’ and the further cost for the relocation of the various public services/buildings that are operating now within the old airport. The total cost for these activities is well above 0,5 billion euros.

All of us signing this text state that it is not possible for us to agree with the plans for the sell-off and the further build-up of the site of the former Elliniko Airport and the Saronikos seafront. Even more so, when whatever financial gain might come out of this privatisation will be entirely unimportant and will end up in the vortex of the “debt” of the country.

It is not possible for us to agree with private investors at any price, we do not concede to hand over to anyone our right to free access to the Saronikos beaches, we do not accept the wiping out of the last unbuilt large site in Greater Athens.

Elliniko must remain a space that is free, public, and of common use and to be utilised for the creation of a Metropolitan Park of high green density, for meeting the real social needs for entertainment, sports and culture, for the environmental upgrading and for the dealing with environmental and climate change in Greater Athens. Already last January, a call-out was made in Geneva for a European-wide campaign to save Elliniko, the seafront of Saronikos, of Hymettus mount and for their transformation into  a European pole of “culture”.

PUBLIC INTEREST IS NOT PROMOTED BY THE SELL-OUT OF ELLINIKO!

“Struggle Committee for the Metropolitan Park in Elliniko”

The below statement describes Shibuya Ward’s recent suppression of a “Winter Struggle” event providing essential support to persons on the streets over the New Year’s holiday (Dec 29 – Jan 3).
END_OF_DOCUMENT_TOKEN_TO_BE_REPLACED

'Finance, land governance, regulation & climate adaptation, it was very important to get those fundamentals right to have impact on the ground. #Housing2030 started because the answers to the global #housingcrisis were oversimplified', @sorcha_edwards says at #FHAR2021 Retweeted by reclaiming_spaces 4 days ago 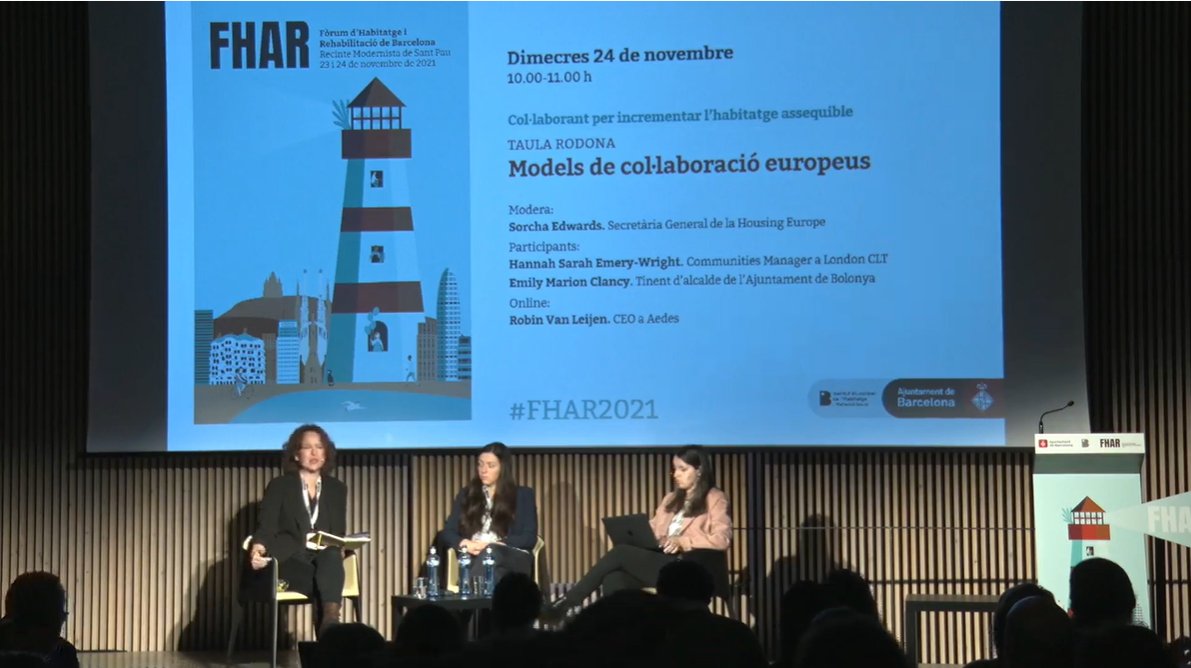 The series of loud and beautiful #housing protests in the Netherlands is ongoing! This Sunday 28th November it is #Woonstrijd in #Groningen! Stay tuned. #StopEvictions #HousingForAll twitter.com/woonstrijd/sta… Retweeted by reclaiming_spaces 4 days ago

On Friday 26.11. it is #housing protest in #FrankfurtamMain to! Keine Stadt ohne uns / No city without us' - against #gentrification, #evictions and unaffordable rents! Share and join! twitter.com/ffm2611/status… Retweeted by reclaiming_spaces 4 days ago

Eviction resisted!! The bailiffs have now left ✊✊🏼✊🏾✊🏿 Dozens of neighbours & LRU members braved the cold in Abbey Wood to make sure the bailiffs, estate agents & their goons couldn't reach the door. George and Paul are safe in their home - because of renters getting organised Retweeted by reclaiming_spaces 4 days ago 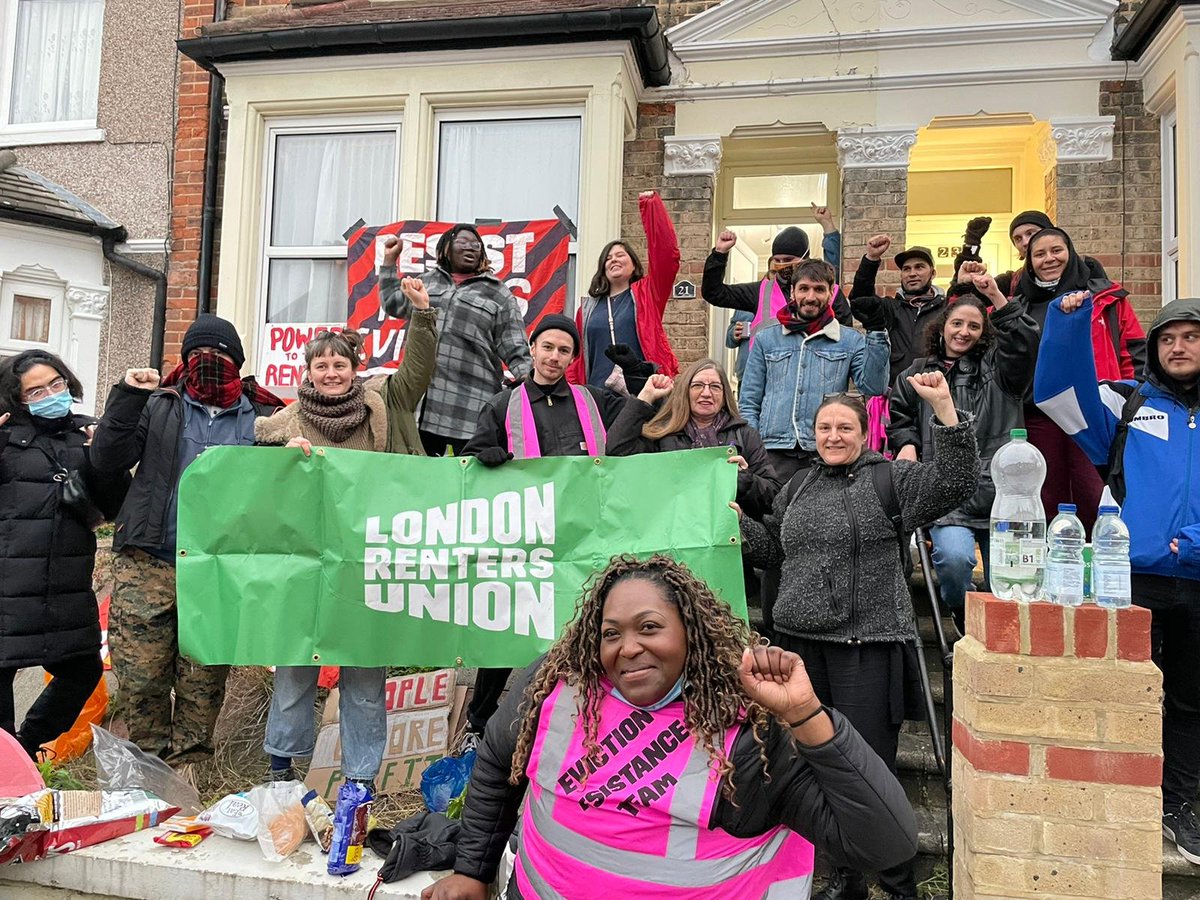 More than 8000 people demonstrated this Saturday in #Bayonne /#Baiona to denounce the #HousingCrisis & demand an ambitious #housing policy and courageous measures. twitter.com/federationdal/… Retweeted by reclaiming_spaces 6 days ago

Protest against the inhumane conditions on the Polish-Belarusian border on the 22th of November in #Prague! twitter.com/Kolektiv115/st… Retweeted by reclaiming_spaces 1 week ago

Morgen, 14:00 in Den Haag! @woonverzet Retweeted by reclaiming_spaces 2 weeks ago 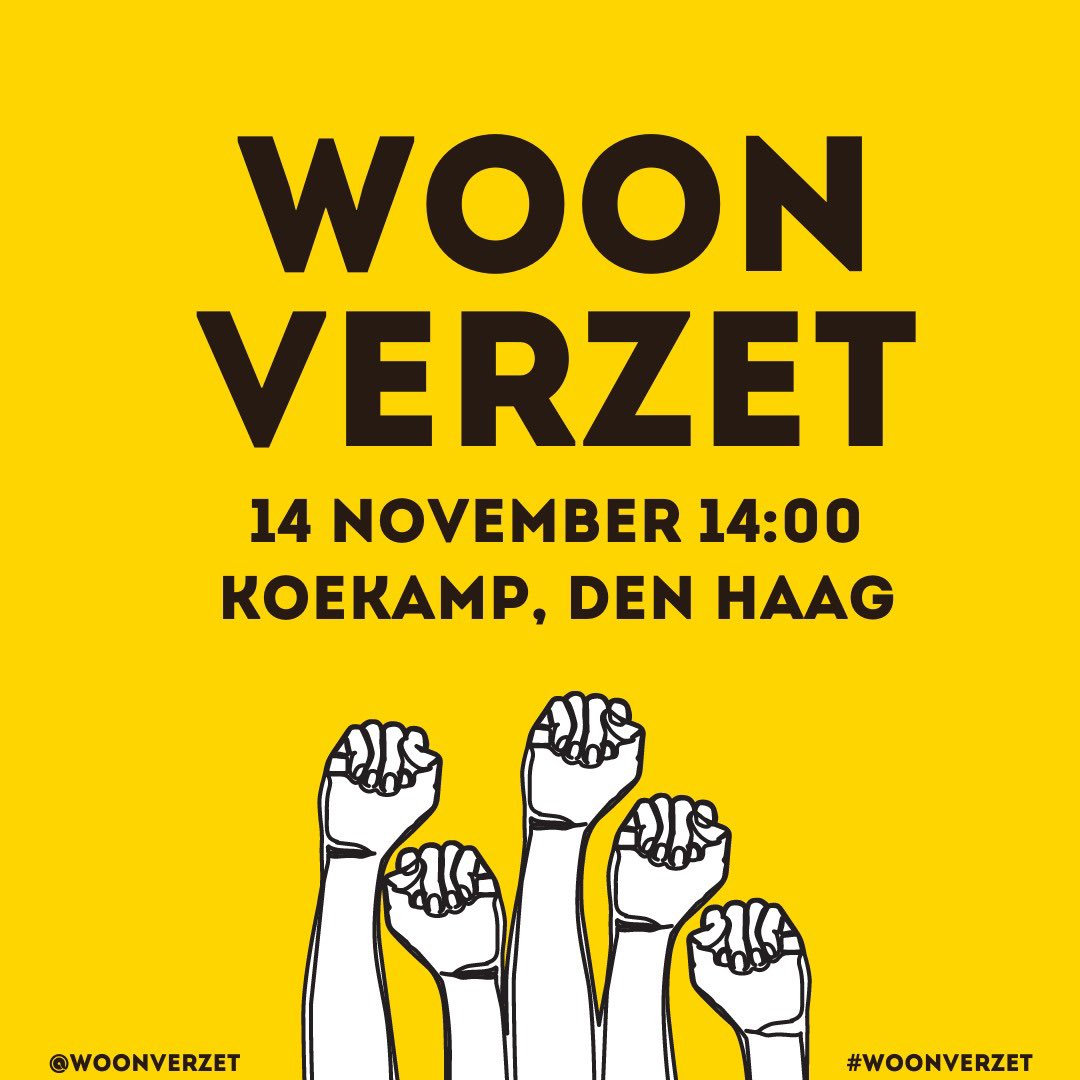 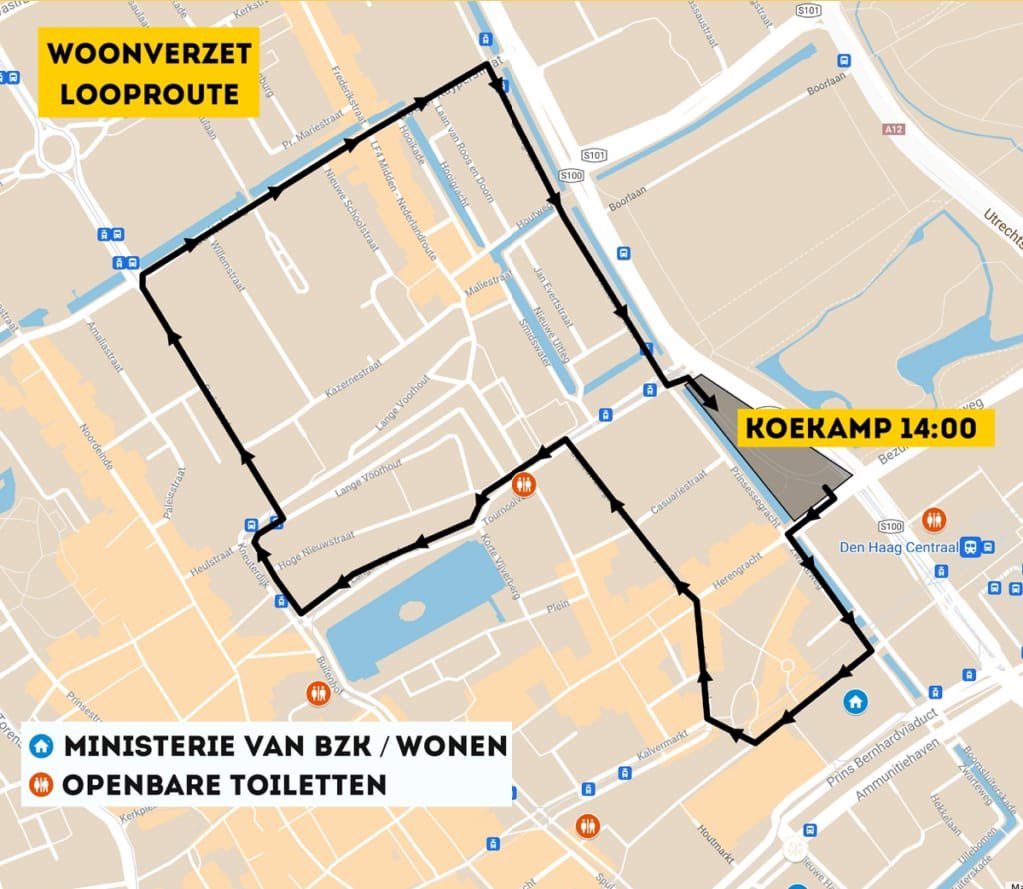 This morning I visited Agar Grove with @SadiqKhan and @sabrodrigues61 to see the brand new council homes being built by @CamdenCouncil and funded by @MayorofLondon. It’s the largest Passivhaus development in the UK, meaning the homes are of the highest sustainability standards. Retweeted by reclaiming_spaces 3 weeks ago 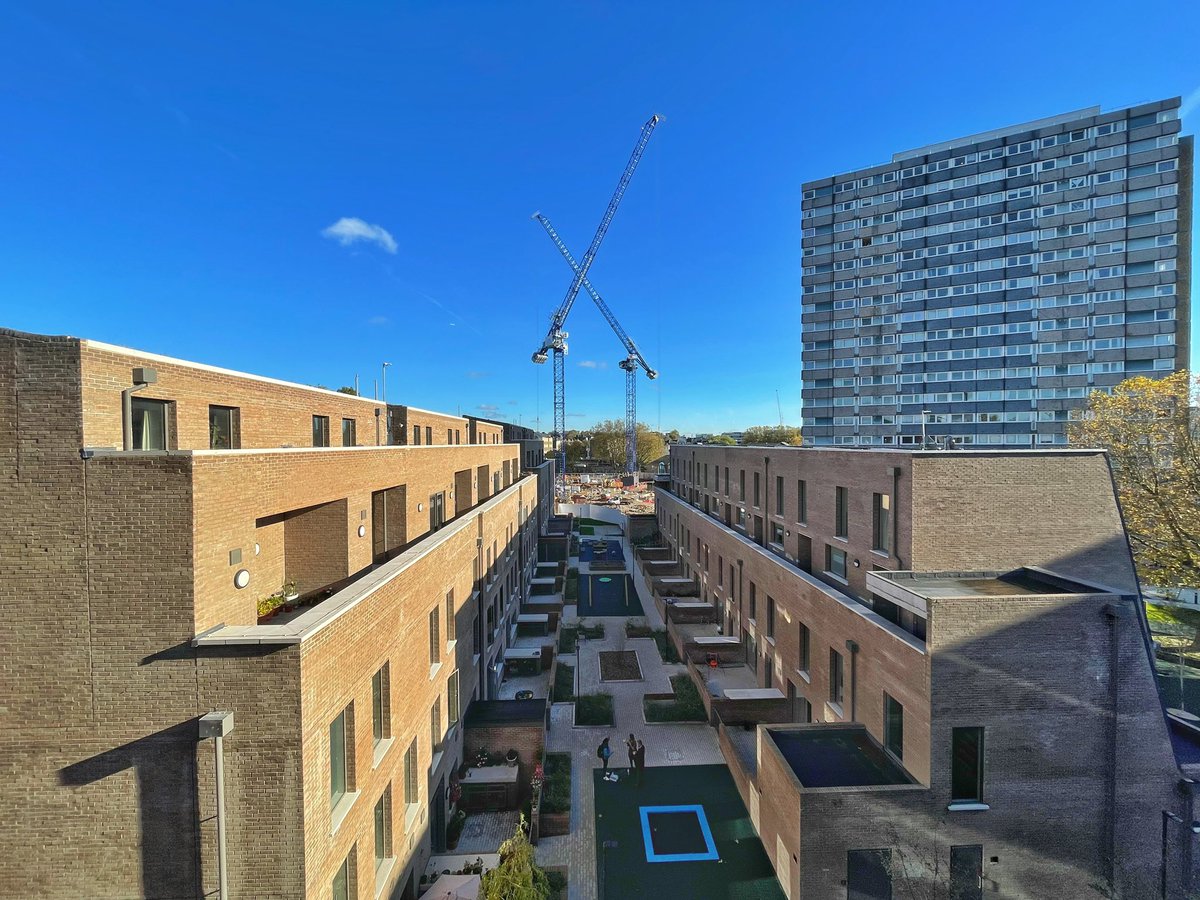 Save the date for the 1st joint debate between @SolutionHousing & @rightohousing on Rethinking Rent Control in Europe ! 💡 🛂 🗓️ December 7th ⏰10:00 AM-12:30 PM 🏠 On Zoom 📢 The speakers will discuss on the relevance and need for rent regulation in Europe Retweeted by reclaiming_spaces 3 weeks ago 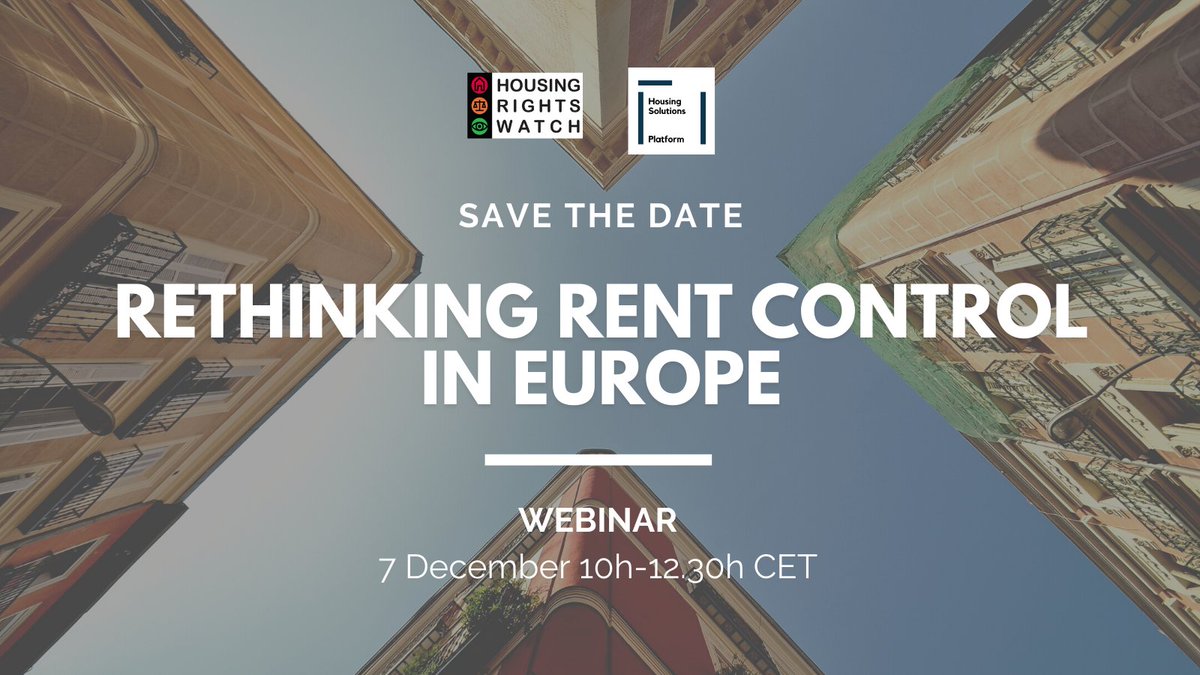 Next Sunday, 14th of November is #housing action again in the Netherlands! This time it is #Woonverzet protest in #TheHague! Join the protest and watch out of aggressive cops! twitter.com/PrecWoonvormen… Retweeted by reclaiming_spaces 3 weeks ago

Rental assistance was not designed for tenants. It was designed to stabilize an industry. Rental assistance (plus mortgage forbearance, PPP loans, etc.) have not only kept landlords afloat, but actually got their balances higher than ever. @sophie_kasakove nytimes.com/2021/11/07/us/… Retweeted by reclaiming_spaces 3 weeks ago

🟢🌱#ClimateJustice calls for reshaping #climateaction from technical efforts to cut emissions into an approach that holds habitat-related human rights and socio-environmental equality at its core. 🗨️Our President @allenDPUadriana at the #PeopleSummit #COP26 🧵⬇️ Retweeted by reclaiming_spaces 3 weeks ago 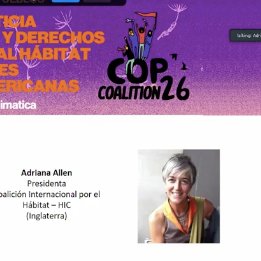 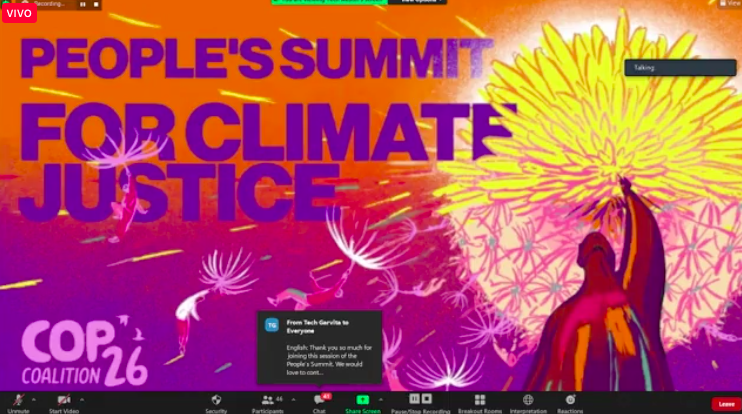 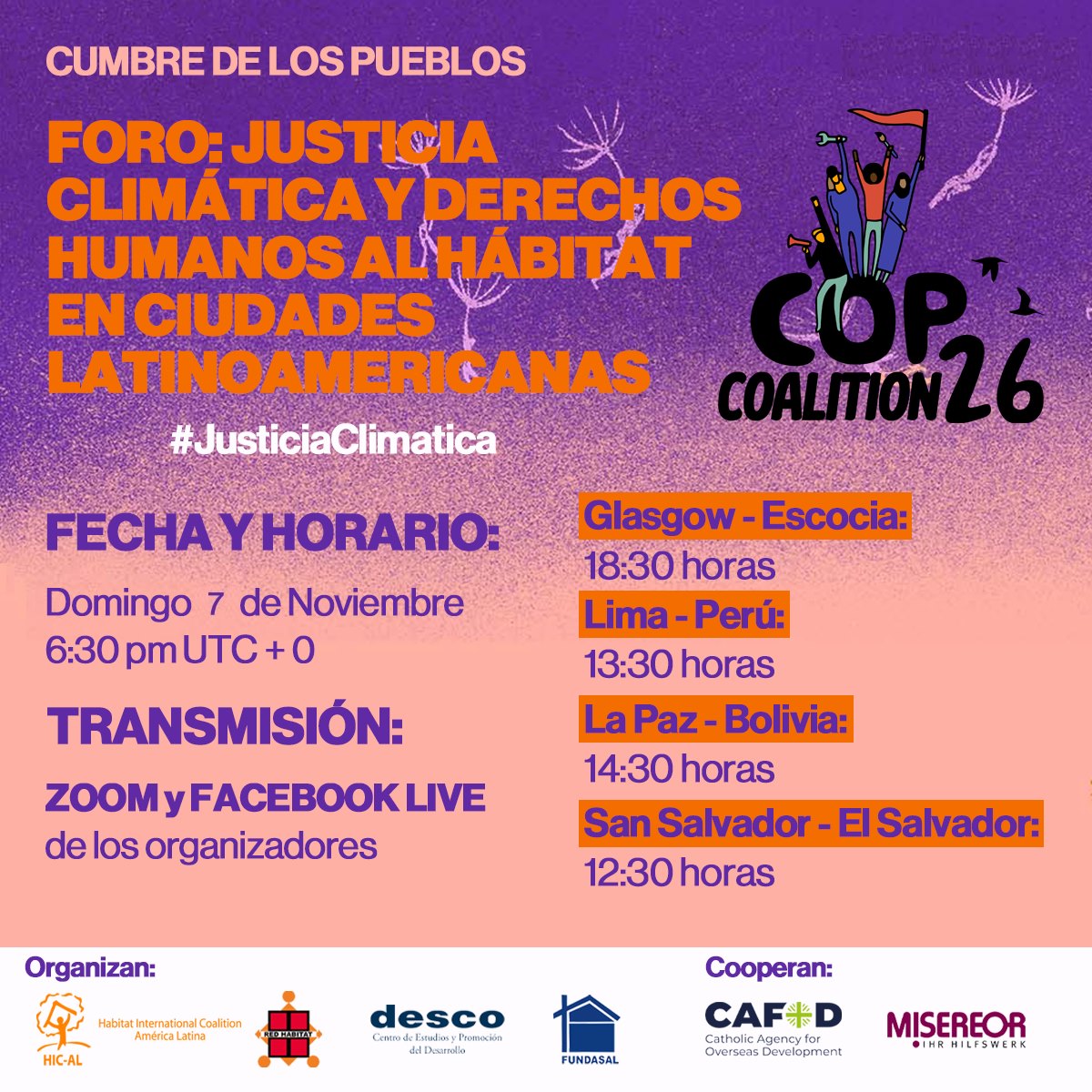 @JKSteinberger @amywestervelt Good morning my dearest @JKSteinberger your tweet made me think of this remarkable book: Retweeted by reclaiming_spaces 3 weeks ago 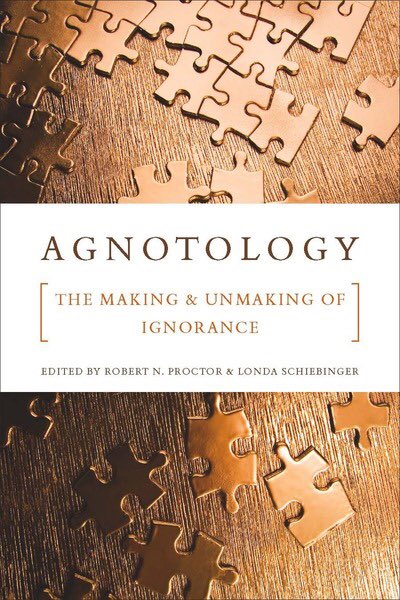 I'm listening to Rigged, the podcast on the tricks and tools of disinformation, by the extraordinary @amywestervelt , and you should too. First episode is about breakfast! Timely .... rigged.ghost.io/podcast/ Retweeted by reclaiming_spaces 3 weeks ago 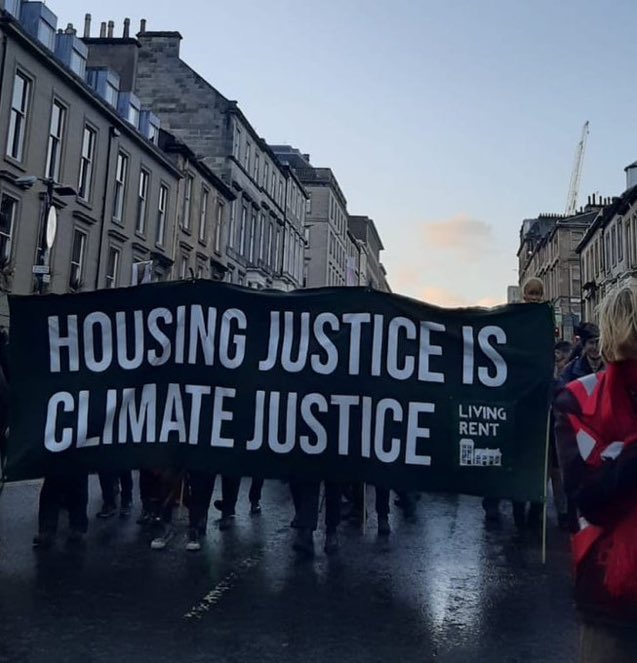 We were proud to be on the #ClimateReparationsNow bloc on today’s climate march. The housing crisis is a climate crisis. Those who face the worst of the housing crisis also are at the sharp end of climate crisis: cold homes and flooding in winter and overheating in summer. Retweeted by reclaiming_spaces 3 weeks ago 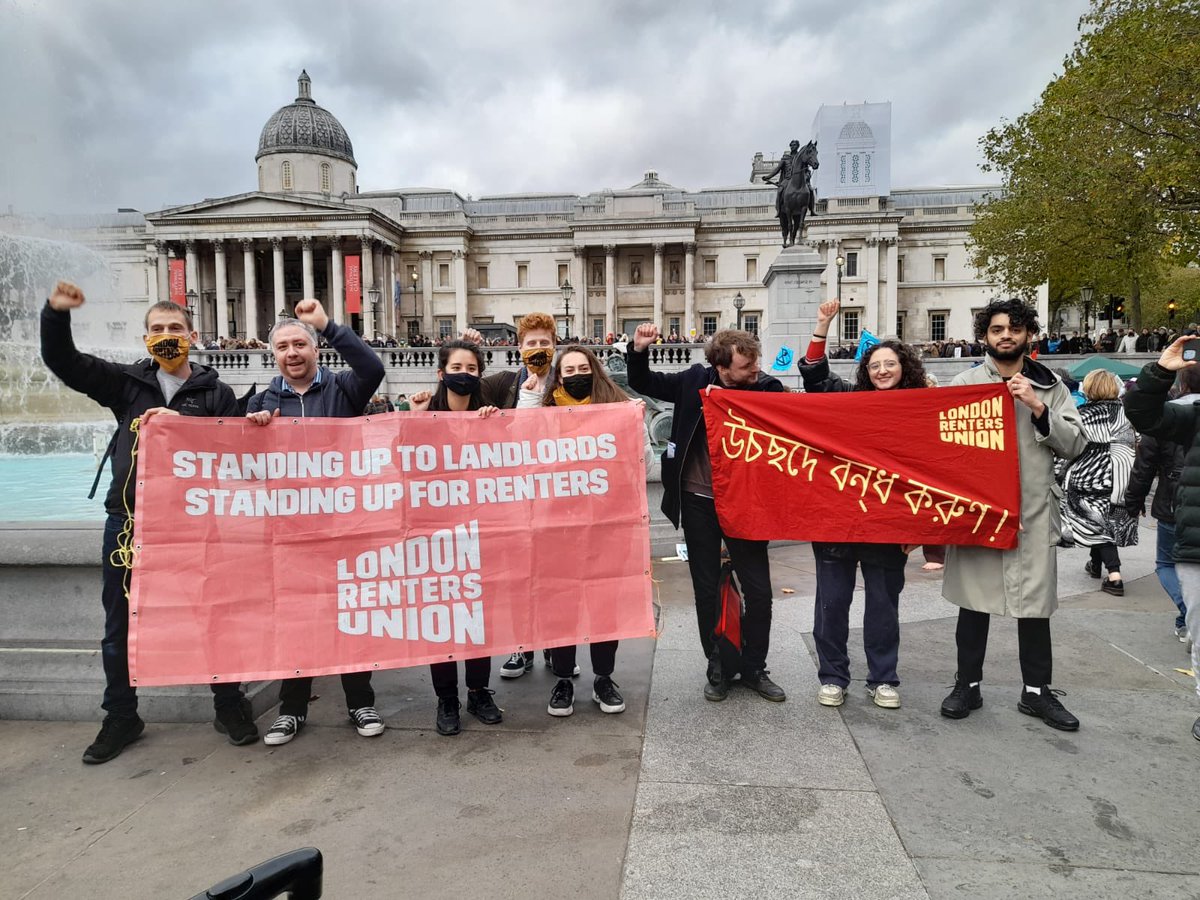 👋🏼#COP26 leaders‼️ join the collective #ClimateAction that is already working 🎁We've made it easy for you with our new thematic paper “#RightToTheCity: A Roadmap for #ClimateJustice” 🌿 👉🏼Download here 📕: right2city.org/right-to-the-c… Retweeted by reclaiming_spaces 3 weeks ago 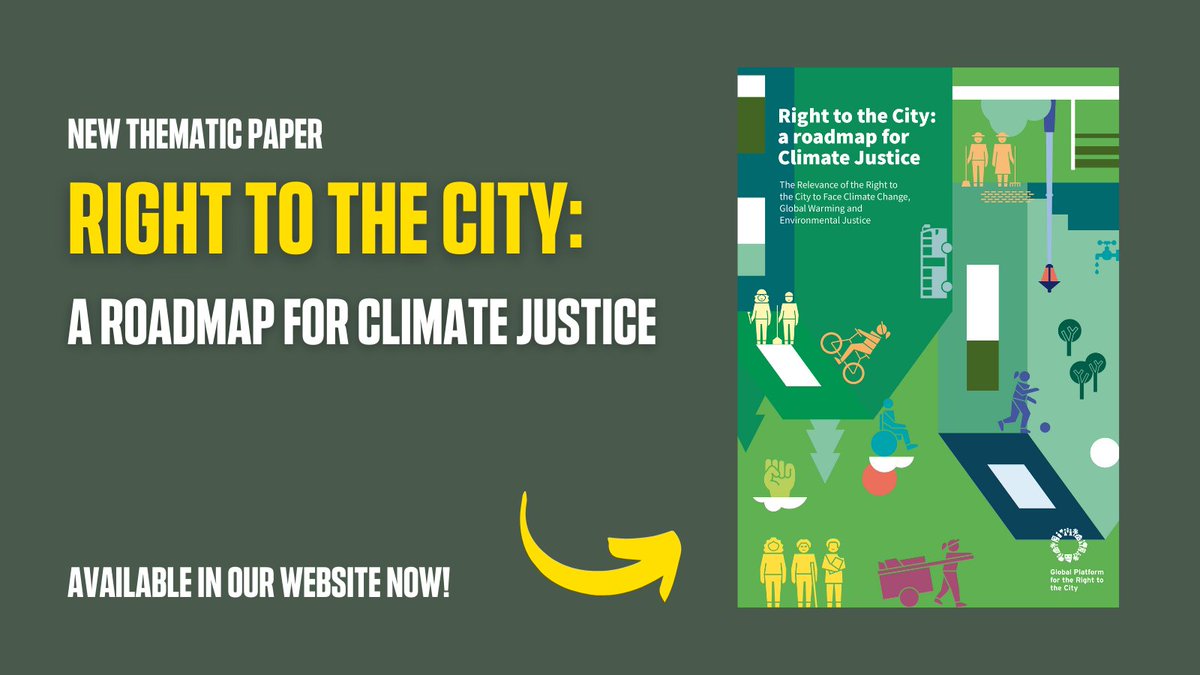 Glad to welcome and hear Michal Zalesak, Legal Consultant at the @ERRCtweets and @Rakotomilimo, Head of European Studies at the @Abbe_Pierre talk about #Evictions in a Global Pandemic at @FEANTSA Policy Conference 2021 in Bratislava 🇸🇰 Retweeted by reclaiming_spaces 3 weeks ago 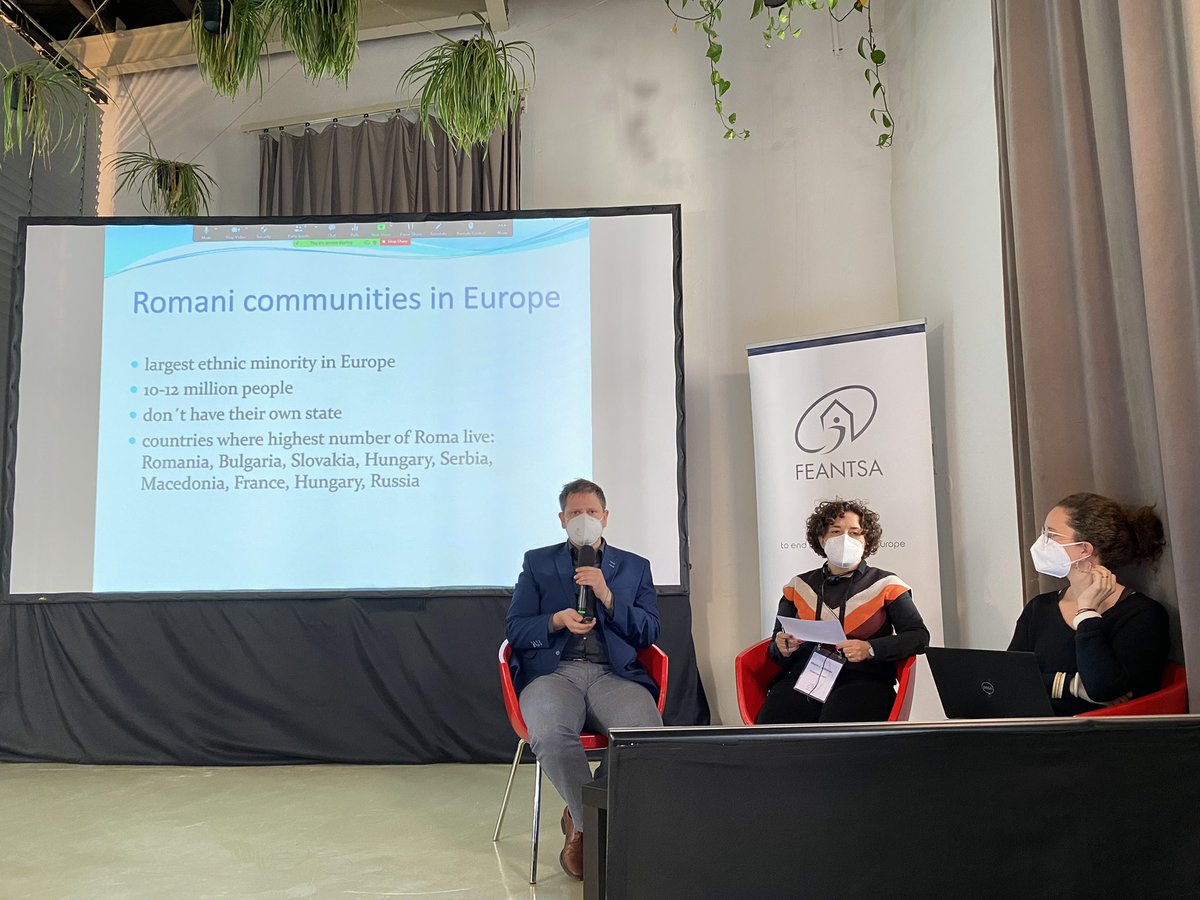 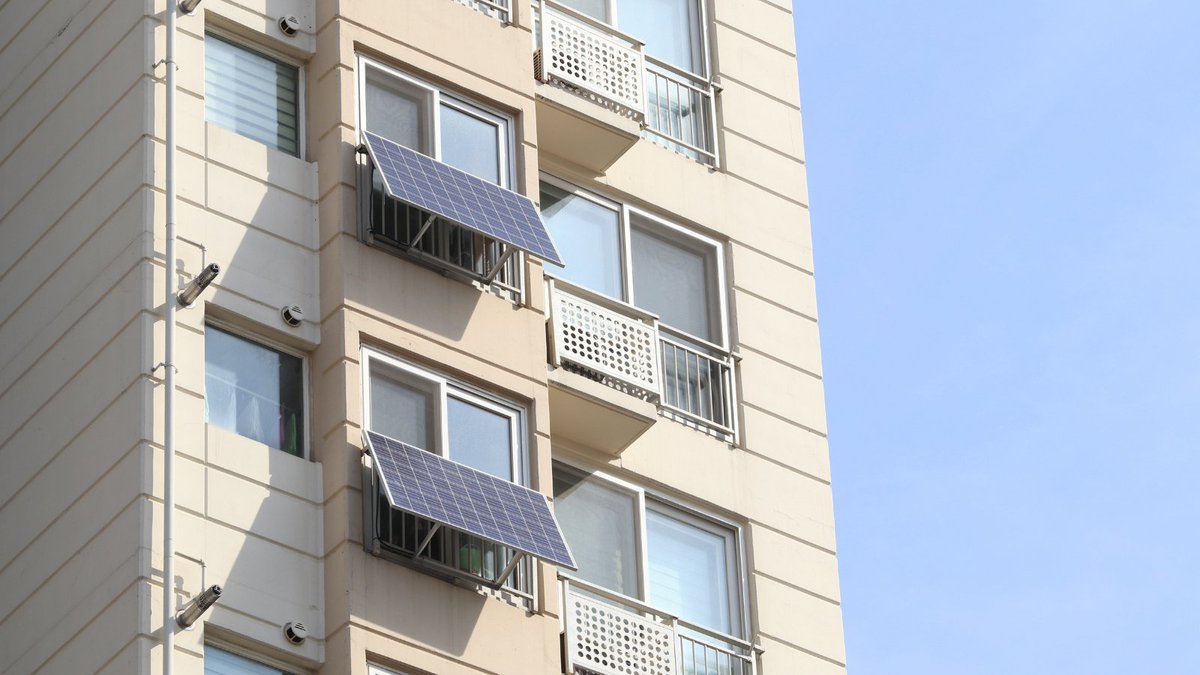 With @BuendnisZRV and @mg_berlin around 80 people showed up to protest the #evictions of Daniel and Michel today and yesterday. There are 10 ten silent #evictions per day in #Berlin. If 80 neighbours protested every eviction, they would be unsustainable. #StopEvictions. twitter.com/Mietenwahnsinn… Retweeted by reclaiming_spaces 1 month ago 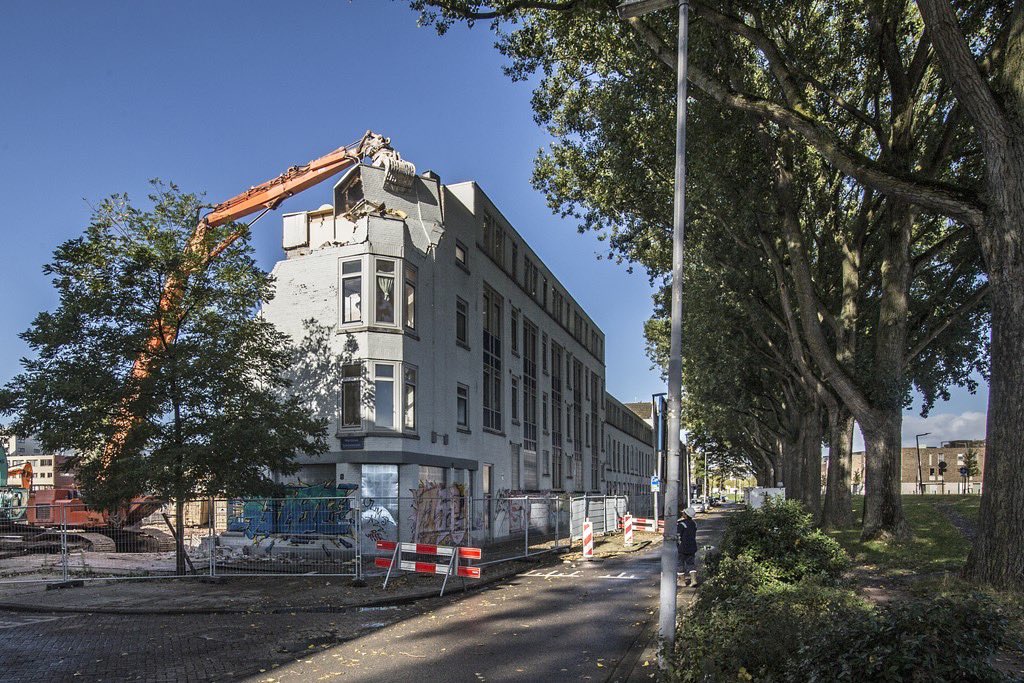 Early in the morning, neighbours were already gathering in #MonteStallonara, #Rome to stop #Marco|s #eviction. ✊ twitter.com/scioperoaffitt… Retweeted by reclaiming_spaces 1 month ago